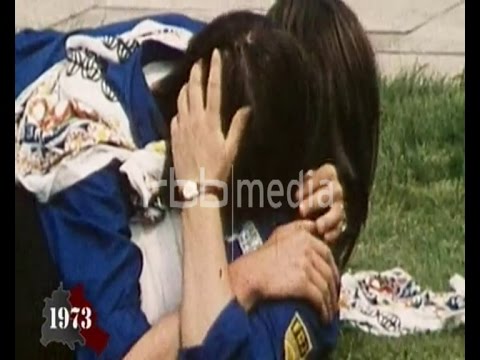 For the second time since 1951 East Berlin is organising the World Festival of Youth and Students. Eight million people descend on the city, transforming Alexanderplatz into a huge festival arena. The GDR, with its new head of state and Party leader Erich Honecker, wants to present a cosmopolitan image. Free love, long hair: a colourful chaos. Suddenly almost anything seems to go in the GDR capital, turned upside down for nine days. A different kind of provocation is coming from East Berlin’s cinemas: the film The Legend of Paul and Paula escapes a ban by the skin of its teeth. It is to become one of the most successful DEFA films of all time.