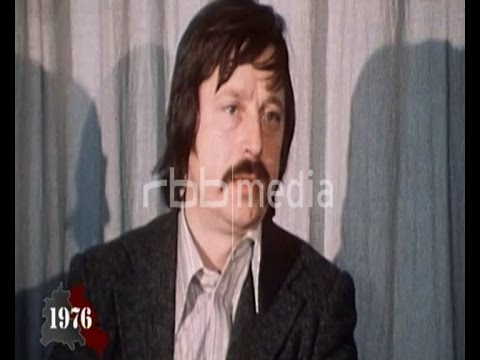 The GDR does not take kindly to criticism. East Berlin singer-songwriter Wolf Biermann has been banned from appearing in the GDR for the past 11 years. Then, in November 1976, completely out of the blue, he receives permission to perform in the West. But after he gives a concert in Cologne, the GDR authorities announce that he will not be allowed to return home. Lothar Loewe, a reporter for West German broadcaster ARD, is among those to sense that the mood in East Berlin is shifting. When he gives a less-than-rosy report of the situation on a December edition of ARD’s Tagesschaunews show, the GDR authorities waste no time in expelling him. The comments that led to their decision went something like this: “Everyone knows full well that border troops are under strict orders to shoot people as if they were mere rabbits.”