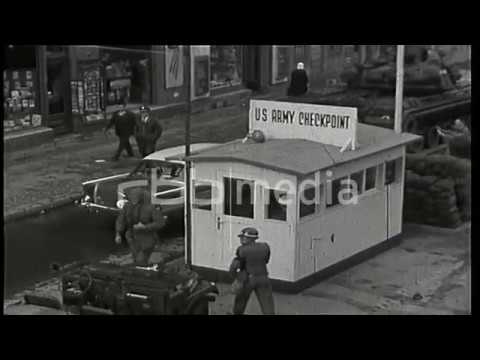 A situation that Berliners had to get used to after the building of the Berlin Wall. Car checks and a squad of US tanks on the Kochstraße at Checkpoint Charlie. It was the border crossing between the US and Soviet sector and connected the district of Mitte in East Berlin with the district of Kreuzberg in West Berlin. On October 27, 1961, American and Soviet tanks faced each other at the Checkpoint Charlie. It was the answer to the attempt by the SED leadership to restrict allied rights of the Western powers in Berlin.