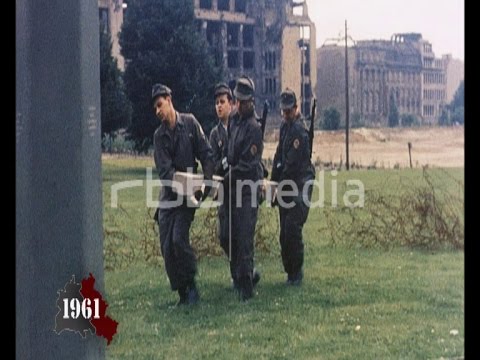 https://youtu.be/SPKfR1fdJOg On 13 August 1961 work begins to construct the Wall. The division of East and West shocks Berliners and the Western world. They are left stunned as barbed wire and barricades carve the city in half and tear families apart.

The mayor of Berlin is also shaken by events and makes the following statement: \\\”The wall to a concentration camp is now cutting through the heart of Berlin.\\\”

The number of refugees soared in the week before the Wall went up. In July 1961, 30,415 people applied for emergency accommodation. Over Easter alone, 4,000 people entered the transit camp – the first port of call for those who have no relatives in the West. The powers-that-be in the GDR have decided to put a stop to the mass exodus of its citizens.

At first, the Western allies do not react to the closing of the border, as the barricades do not infringe their rights.