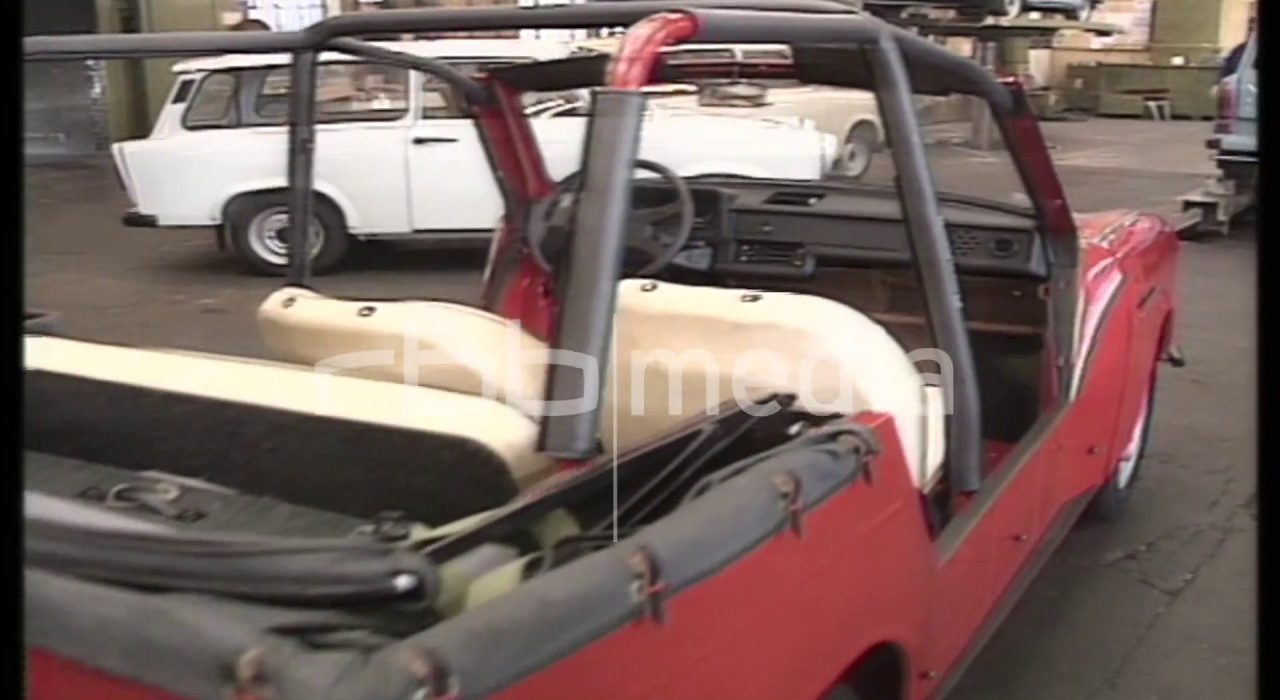 The Trabant – the cult vehicle from the GDR. The Trabant is lovingly handcrafted in the “VEB Sachsenring Automobilwerke Zwickau”. What makes it unique is the outer skin of duroplastic. However, the productivity of the competitors in the West is considerably higher due to automated manufacturing. While robots and computer-controlled welding lines are already the standard at VW, robots in Zwickau are only planned to be used in 3 years. The Trabbi is technically outdated and too expensive. Accordingly, it has hardly a chance in the market economy.

One day before the currency conversion, the workers of the VEB Sachsenring express uncertainty about their future and the future of VEB Sachsenring. Unemployment is a realistic option. To delay the end of the Trabant, the reduction in staff is initiated. This is hoped to reduce the costs of a Trabant. In addition, new and modern models, such as the convertible version, should create new market opportunities.

Parties on board of GDR’s cruise ship MS Arkona, 1986