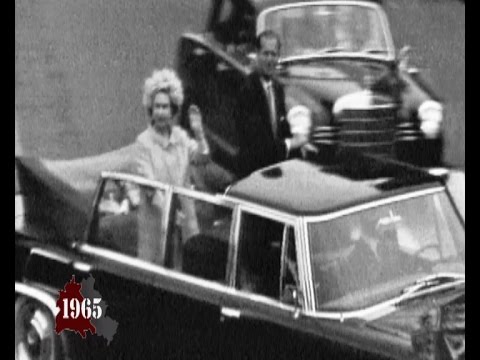 On Ascension Day, Queen Elizabeth II spends a few hours in West Berlin. More than a million people line the streets to cheer on the British monarch. She is greeted with the same enthusisam as US President John F. Kennedy two years previously. Elizabeth II reviews a parade of British troops on the Olympic Stadium’s Mayfield and passes by Pariser Platz and the Soviet War Memorial on Strasse des 17. Juni. At the end of her visit she signs the city’s Golden Book at Schöneberg Town Hall.