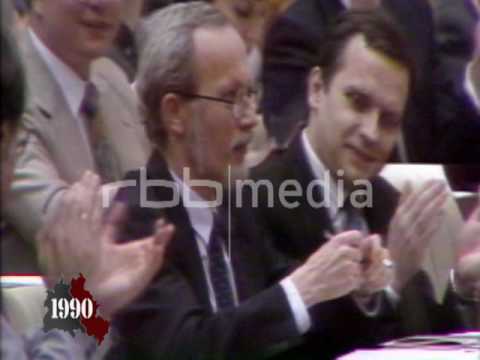 The GDR holds its first free and democratic parliamentary elections on 18 March 1990.

Alliance for Germany, which supports Germany being reunified within the scope of the Basic Law, wins the most votes (48 percent). The alliance was a coalition of opposition parties: the CDU (a former bloc party whose leading candidate was Lothar de Maizière), the German Social Union and the Democratic Awakening.

The newly founded Social Democratic Party in the GDR (SDP, though it has changed its abbreviation to SPD by the time of the election) wins 21.9 percent of the vote.