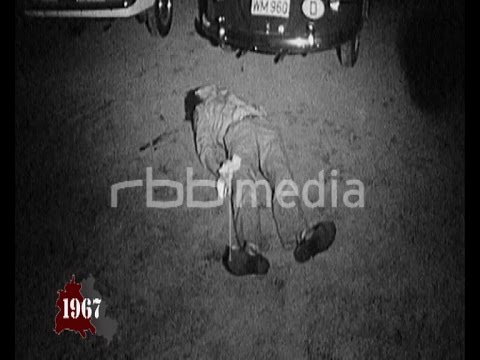 The Shah of Persia visits to West Berlin. During a demonstration against the Shah, 26-year-old student Benno Ohnesorg is shot and killed by a policeman in front of the Deutsche Oper on Bismarckstrasse. Later that year, the policeman is tried and acquitted. Ohnesorg’s death is viewed as a pivotal moment in West Germany’s post-war history. The events of 2 June 1967 radicalise the student movement, leading to the protests of “sixty-eight”.