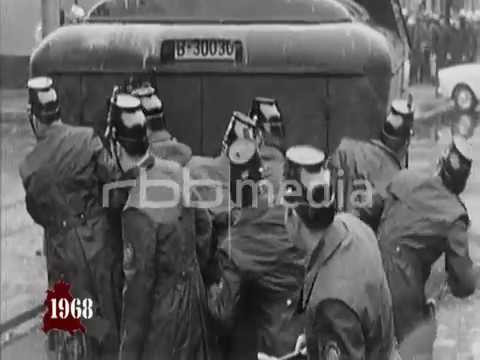 The Battle of Tegeler Weg breaks out during a court hearing against Horst Mahler, the lawyer of the APO, marking the violent climax of the extraparliamentary opposition movement. Charges have been brought against Mahler for his involvement in the protests at the Springer publishing house on 11 April 1968, the evening of the assassination attempt on Rudi Dutschke. The case sparks violent clashes between students and the police on Tegeler Weg, resulting in 130 injured police officers and 22 injured protesters. The incident is viewed as a watershed in the history of the APO – the end of a peaceful movement.