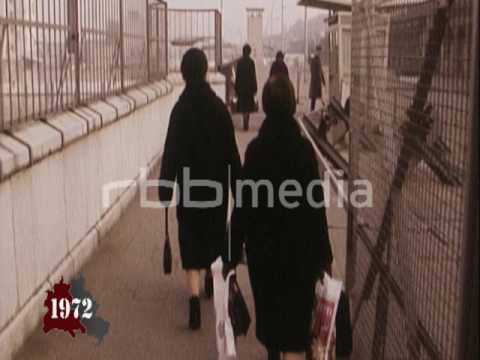 For the first time since 1965, West Berliners are able to travel to East Berlin for Christmas. Willy Brandt’s Ostpolitik is easing tensions. On 21 December, the Federal Republic of Germany and the GDR sign the Basic Treaty. It is part of a strategy adopted by the West German government under Chancellor Willy Brandt, aiming to normalise relations with the GDR. The FRG acknowledges Germany’s partition, but also includes a clause stating the objective of reunification.