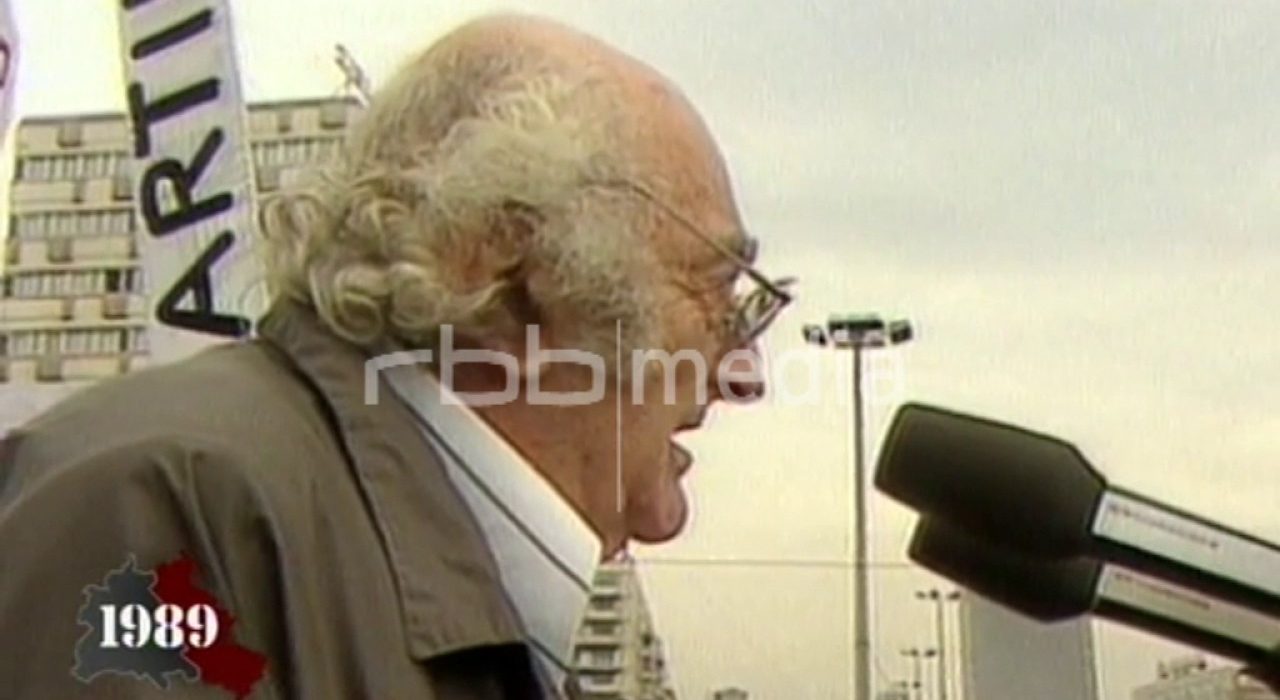 On 4 November, 500,000 people gather at a rally on Alexanderplatz in East Berlin. It is the biggest non-state-organised demonstration in the history of the GDR.

The crowd calls for democracy, constitutional laws, and freedom of speech and the press. A group of East Berlin stage actors were the first to have the idea of a rally, and the event sees more than 20 speakers step up to the microphone. Among them are politicians like Günter Schabowski, Stasi official Markus Wolf, theologian Friedrich Schorlemmer, lawyer Gregor Gysi, university rector Lothar Bisky, authors such as Christoph Hein, Stefan Heym and Christa Wolf, playwright Heiner Müller, and the actors Steffie Spira, Ulrich Mühe and Jan Josef Liefers.

The poet Stefan Heym is also among those to speak.