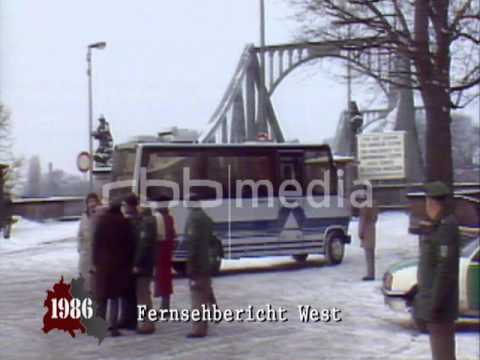 Spy swap on the Glienicke Bridge, 1986

On 11 February 1986, the last spy swap takes place on Glienicke Bridge, connecting Berlin and Potsdam. What is unique about this spy swap is that it is also the first to happen in public. Interpreted as a sign of thawing relations between East and West, the event on what will now forever be known as the Bridge of Spies plays out in front of the world’s press.

Anatoly Shcharansky, a civil rights activist who was held for years in a gulag, is the most famous name on the list this time. He had campaigned for human rights and had applied for an exit visa to Israel while in the USSR. He is allowed to cross over to West Berlin in exchange for six agents from the East.