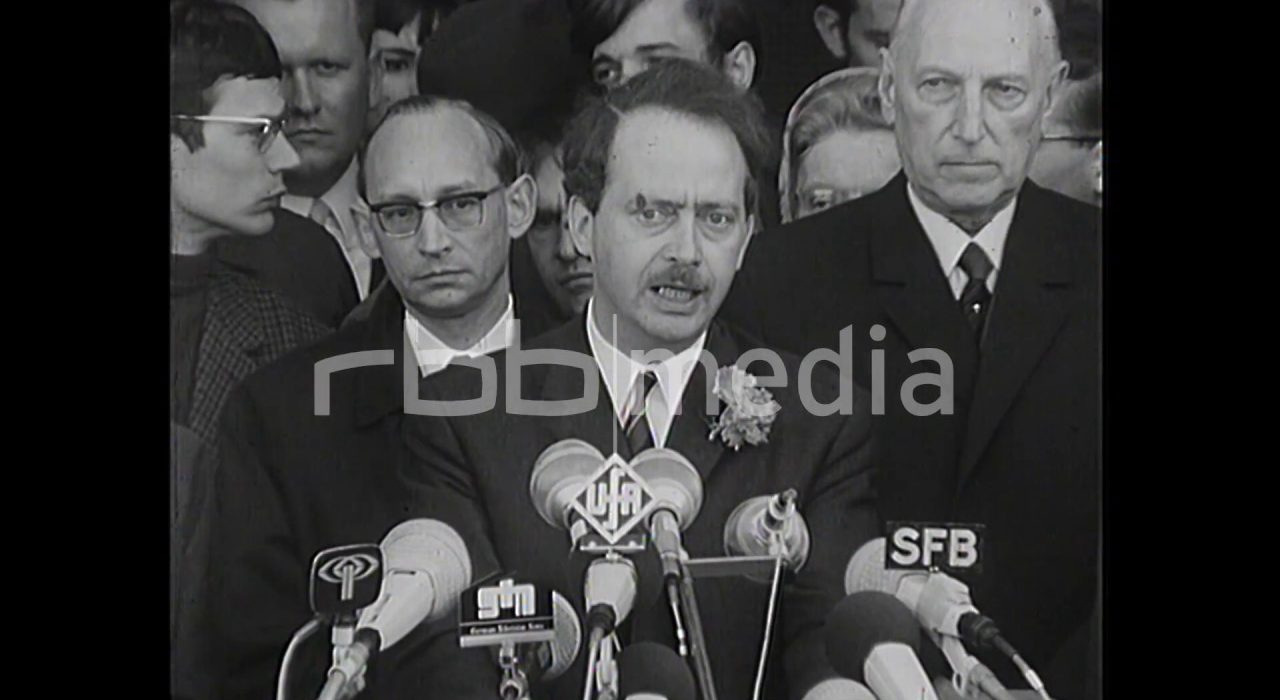 The 1960s were characterized by a political student movement in West Germany. Student rally, demonstrations, but also the shooting of the student Benno Ohnesorg on June 2, 1967 as well as the assassination attempt on Rudi Dutschke on April 11, 1968 were part of this movement and a symbol of the existing political tensions.

This compilation of speeches shows the general criticism of politics. They call for actions that involve enlightenment, protest and resistance and that help make this movement to one of hundreds of thousands of followers. Franz Barsig, Ralf Dahrendorf, Klaus Meschkat and Knut Nevermann are among the speakers of the student rally on 16.04.1968.