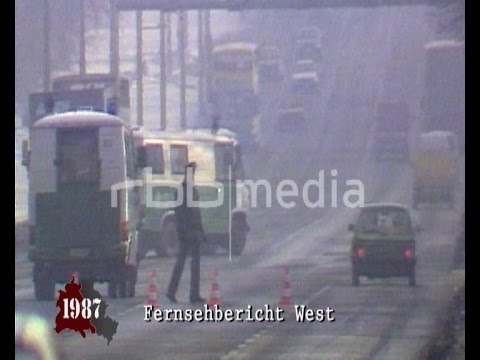 West Berlin issues its first Level 1 smog alert of the year. Drivers are banned from using their cars, unless they are traveling between West Berlin and West Germany. It’s a fairly easy loophole to exploit… According to GDR officials, there is no smog. But whatever the politicians say, everyone knows that the problem is being caused by the lignite power plants located in Lusatia, a part of the GDR less than 100 kilometres outside Berlin.