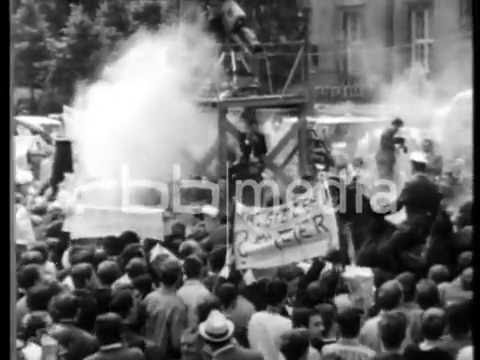 On 2 June 1967, the state visit of the Shah of Persia to West Berlin enters the German history books. Some of his fellow countrymen travel to the city to support him. When the first protests against the Shah regime begin, employees of the Iranian secret service SAVAK and other hired pro-Shah demonstrators are violently beating the Shah’s opponents. Due to these violent acts, the press refers to the group as “beating persians” instead of “cheering persians”.