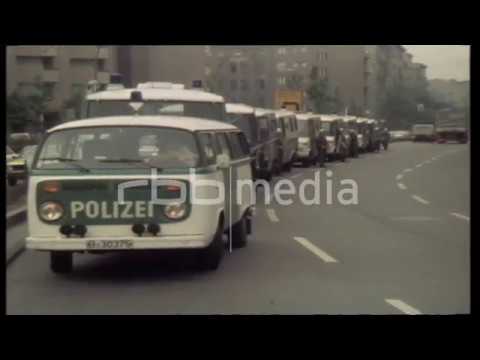 At the end of May 1981, confrontations between squatters and the police heated up in Schöneberg. Two occupied houses in the Bülowstraße were searched by the police because of the suspicion that criminal offenses were committed. The police were pelted with stones and rioters tipped over a vehicle and set it on fire. The resentment on the part of the squatters was based on the fact that many house searches often resulted in the vacation of the houses. At the end of the riots, 48 ​​people were temporarily arrested.

Street fighting during the Shah visit in Berlin 1968