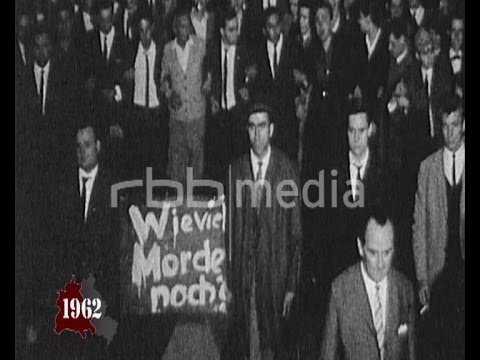 One year after the construction of the Berlin Wall, eighteen-year-old Peter Fechter is shot while trying to escape to West-Berlin near Checkpoint Charlie. In his attempt to climb over the wall, three wall snipers shots him without any warning signs.

US soldiers, West Berlin police and GDR border guards fail to rescue the dying man. He bleeds to death in the death strip. Crowds of people gather on both sides of the barriers, but can do nothing but stand by and watch as Peter Fechter dies. That evening, thousands of West Berliners take to the streets to protest against the Berlin Wall. The mayor of Berlin, Willy Brandt, calls for prudence.