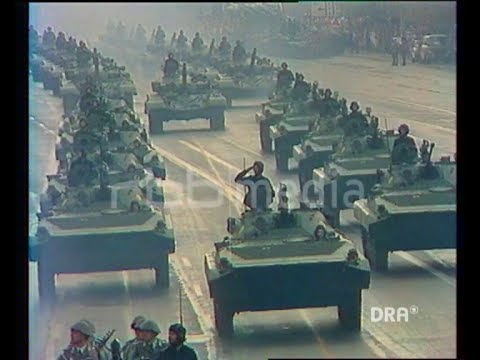 Parade of the National People \’s Army (NVA) in East-Berlin on the occasion of the 40th anniversary of the foundation of the GDR at 7th of October 1989 with international guests as Yassir Arafat, Michail Gorbachev, Nicolae Ceausescu, Manuel Noriaga. It was the last parade before the GDR ended.