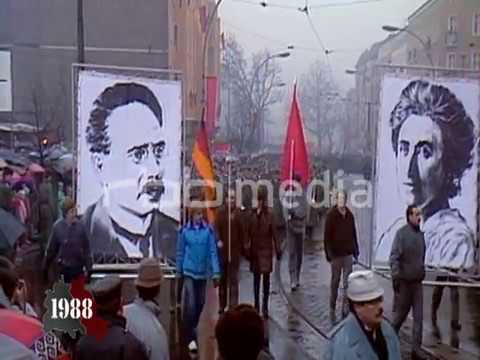 Opposition to the GDR, January 1988

Mid-January sees the GDR’s leaders gather for the annual Luxemburg-Liebknecht demonstration. The politicians visit Friedrichsfelde in East Berlin, where they pay their respects at the memorial to labour leaders Rosa Luxemburg and Karl Liebknecht.

While this is going on, the voices of those who oppose the regime are getting louder. People take to the streets and unfurl banners bearing quotes by Rosa Luxemburg. Over 100 protestors are arrested, among them Stephan Krawczyk, Bärbel Bohley, Wolfgang Templin, Vera Wollenberger and Freya Klier.