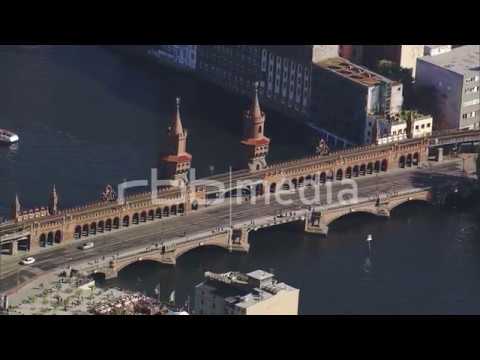 Oberbaum Bridge from above, 2015

The Oberbaum Bridge on Warschauer Straße connects the districts Kreuzberg and Friedrichshain and crosses the river Spree. During the time of the Berlin wall, these districts used to be divided. For that reason the bridge has become an important symbol of Berlin’s unity. The massive stone bridge was originally built in 1894. The upper deck of the double-deck bridge carries the underground line 1 and 3.

Molecule Man Berlin from above, 2015