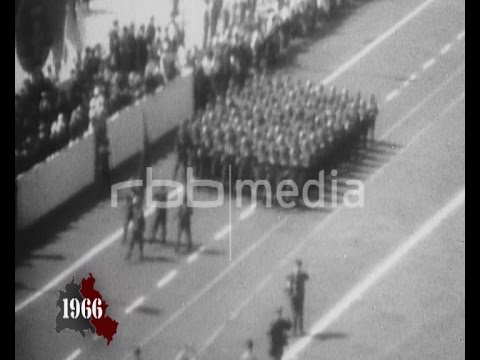 The SED party leaders hold a grand military parade to celebrate the 5th anniversary of the closing of the border. The Western allies view the military parade as a violation of the Four Power agreements. However, head of state and Party leader Walter Ulbricht claims to have secured peace by building the Wall in 1961. West Berlin’s mayor, Willy Brandt, declares that the Wall will come down, but only as part of more widespread changes.