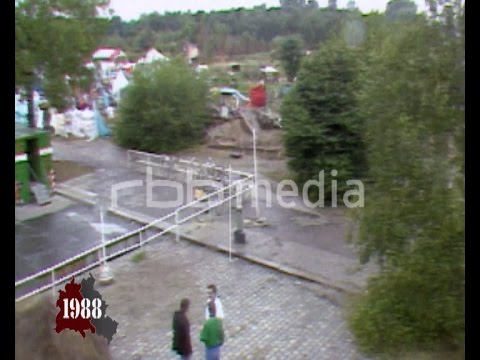 In 1988, a group of young people occupy the Lenné Triangle, a plot of land that lies right by the Wall, in an attempt to stop a motorway being built there. Although the site is in West Berlin, it is actually the property of East Berlin. The occupation makes a tourist attraction of what was once just a wasteland.

Not long after the young people arrive, the Lenné Triangle is handed back to the West and several hundred police officers begin clearing the site. They fire teargas and use water cannons, and the squatters retaliate by throwing paving stones. A lot of the protestors manage to flee across the Wall to East Berlin, where they are given breakfast and later allowed to take the U-Bahn back to the West.

Today the site is home to the Beisheim Center.