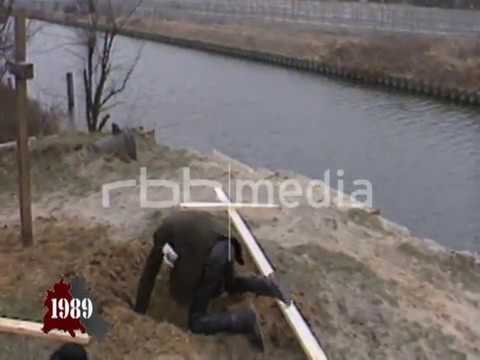 Chris Gueffroy, a 20-year-old from East Berlin, is shot and killed as he attempts to escape on 8 February 1989. He is the last person to die as a result of the shoot-to-kill order at the Berlin Wall.

He and a friend were trying to cross the death strip along the branch canal between Treptow in the East and Neukölln in the West. Their route ran close to two sets of allotments, one called “Harmonie” and the other “Sorgenfrei”. Chris’ friend survives and spends a short time in an East Berlin jail before West Germany buys his freedom.

Border between the two Germanys 1978

The Death Strip near Helmstedt 1978