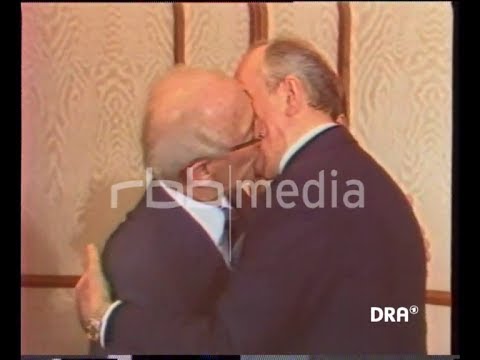 Erich Honecker visits the Soviet Union in 1985. He led the German Democratic Republic (East Germany) from 1971 until the weeks preceding the fall of the Berlin Wall in 1989. Mikhail Gorbachev welcomes Honecker with a socialist fraternal kiss. It is considered a special form of greeting between the statesmen of Communist countries.