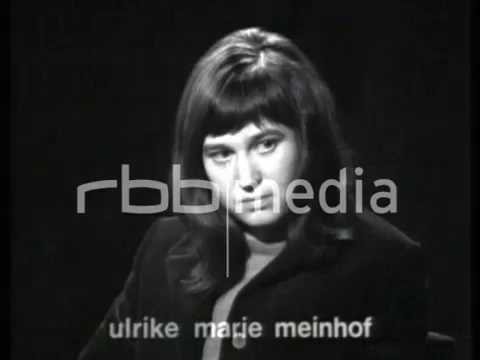 Ulrike Meinhof is giving an interview to the Sender Freies Berlin (SFB) in light of the student protests during the Shah visit in 1968. Ulrike Meinhof was a well-known East German journalist, radical leftist and later even a terrorist. She was a member of the Extra-Parliamentary Opposition (APO) and co-founder of the Red Army Faction (RAF).

According to Ulrike Meinhof, the street is not a good place to share one´s opinion. Generally, democratic conflicts should not take place on the street. However, if no other means are available, it is extremely democratic to use the street as a means of expression. She acknowledges that not everyone has the opportunity to express themselves in television interviews or newspaper articles.

In addition, she finds the Shah visit absolutely suitable for expressing one’s opinion of the people in power. While she does not care about the Shah’s visit or his right to hospitality, she claims to be much more concerned about the starving population of Persia.