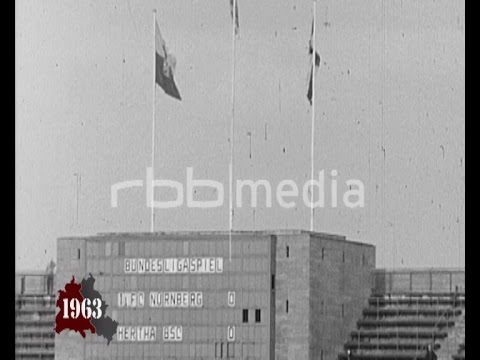 Hertha in the German Bundesliga 1963

Berliners on both sides of the Iron Curtain share a passion for football. West Berliners’ pride and joy: the club Hertha BSC. The “Champions of the Berlin City League” have been promoted to the new Bundesliga. As manager and vice president of the club, Wolfgang Holst helped Hertha get in the Bundesliga. However, Wolfgang recalls how the Berlin club was not a popular choice for star footballers from the Federal Republic. The situation in the GDR league couldn’t be more different: it is home to two East Berlin teams. The army sports club “Vorwärts” is competing for points against the State Security Service’s club “Dynamo”. Neither of these clubs has any trouble attracting top players.