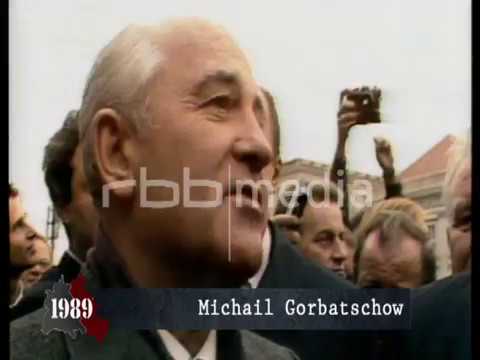 The SED leadership is holding celebrations to mark the 40th anniversary of the GDR, but the people are far from happy. They want political reform, the kind of restructuring that they know is happening further East. Mikhail Gorbachev, leader of the Soviet Union and the SED’s guest of honour, uses the opportunity to issue a warning to East Germany’s leaders. Those who oppose the GDR regime hope for a sign that reforms are on the way.

Speaking in an interview, Gorbachev says: \”I believe danger awaits those who do not react to the real world. If you pick up on the currents moving the real world, moving society, if you use them to shape your policies, then you have no reason to fear difficulties. There is nothing unusual in that.”