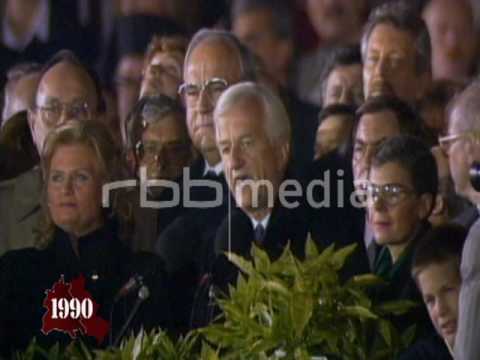 On 3rd October 1990, just 329 days after the Wall fell, the GDR officially becomes part of the Federal Republic of Germany. The country has been reunited and Berlin is once again Berlin.

The GDR actually began assuming large parts of West Germany’s economic and legal systems on 1 July 1990. When the Deutsche mark became the sole currency in the GDR, East Germany was as good as part of the Federal Republic. On 23 August, a special meeting of the People’s Chamber (the GDR’s parliament) agreed to the GDR joining West Germany under Article 23 of the Basic Law.

Monetary Union: The German Mark for everyone!, 1990