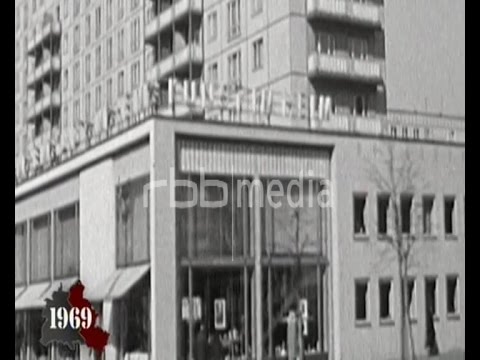 The GDR is preparing for its 20th birthday. Alexanderplatz is being redeveloped and the new centre is gradually taking shape. Everything must be finished in time for grand celebrations in October. Not all young GDR citizens are in the mood for celebrating. Florian Havemann, the son of dissident Robert Havemann, has just been released from prison, where he was sent for his involvement in protests against the invasion in Prague. Florian Havemann is among a group of dissidents who are fighting for “socialism with a human face”.