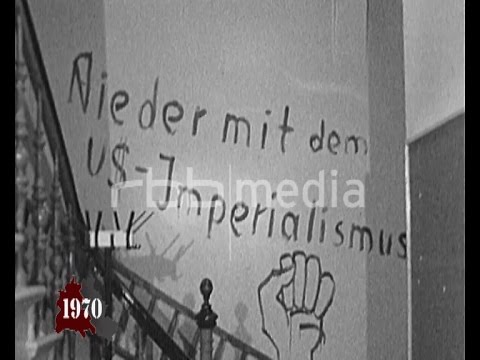 Berlin Free University has been badly affected by the student protests of recent years: slogans have been scrawled on the walls and facilities vandalised. The former troublemakers will not be charged – thanks to an amnesty for those who committed offences during the protests. But not everyone is interested in reconciliation. Left-wing radical Andreas Baader has been serving time in West Berlin since April 1970. He receives a high-profile visitor: the journalist Ulrike Meinhof claims to be planning to write a book with Baader. Lawyer Horst Mahler arranges a meeting for them at a location outside the prison to discuss the project. In fact, he and Ulrike are preparing to free Baader. After helping him escape, all three of them go underground, marking the birth of the Red Army Faction (RAF).