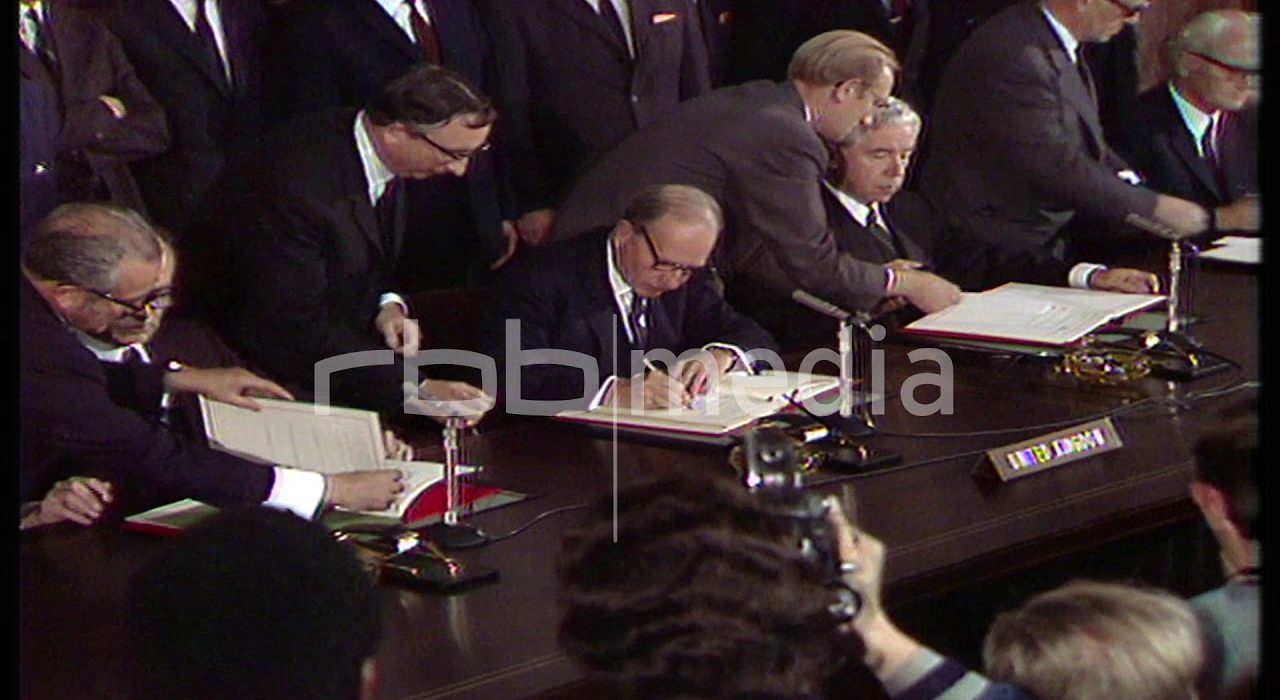 In 1970, the negotiations regarding the Four Power Agreement on Berlin began. After 1.5 years of negotiating, the agreement was signed by the four occupying powers in West Berlin on September 3, 1971. The Soviet ambassador, Pyotr Abrasimov, commented with “Ende gut, alles gut” which translates to “All´s well that ends well”.

The details for the transit traffic were regulated by the two German states in the context of the subsequent transit agreement.

Criticism of the Extra-Parliamentary Opposition, 1968

Chants and paroles on Kurfürstendamm, 1968