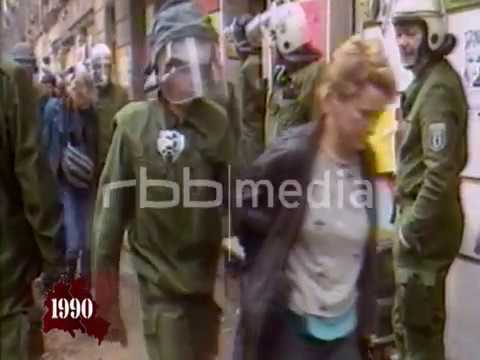 On 13 February 1990 a group of squatters occupy a former department store to save it from being demolished. The building stands on Oranienburger Strasse and dates back to the early 20th century. The new residents rename it Kunsthaus Tacheles and turn it into an art centre that becomes a popular tourist attraction.

Members of the alternative scene occupy other buildings throughout the city. A lot of squatters from Kreuzberg move East after reunification. When police clear a number of squats in Mainzer Strasse, riots break out and last for days. The clearance is one of the largest police operations in Berlin’s post-war history.