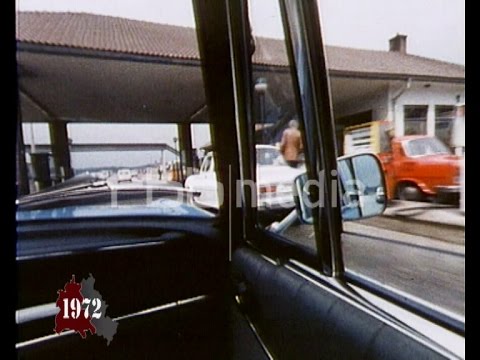 Furthermore, it brings an easing of travel restrictions for GDR citizens who wish to visit the Federal Republic to deal with urgent family matters. Up until now, only pensioners have been allowed to do this. Also West German citizens who want to travel to the GDR benefit from the Transit Agreement.

The relaxation of the German-German relationship also benefits escape helpers from the West. The contemporary witness Wolfgang Herrmann gives insights into his escape from the East to the West. He was smuggled in the trunk of a car to get to the West.