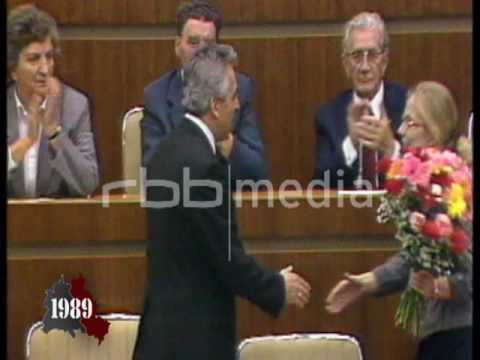 After leading the SED for 18 years, Erich Honecker steps down on 18 November 1989.

His successor is Egon Krenz, 25 years Honecker’s junior. Krenz will only spend a few weeks in power.

Honecker flees to Moscow in 1991. The following year he is charged with manslaughter in Berlin in connection with the deaths of those who were shot and killed at the Wall. The case is dropped after Honecker’s lawyers complain to the Berlin Constitutional Court.

In 1993 Honecker emigrates to Chile, where he dies a year later at the age of 81.