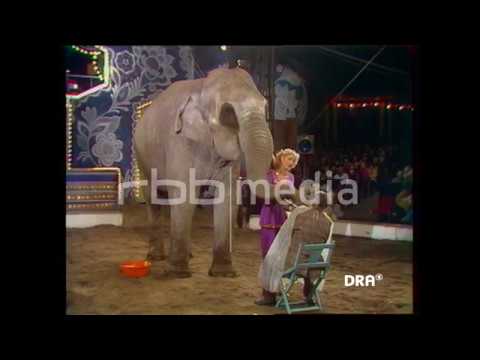 Erich Schmitt gets shaved by an elephant in front of the camera. Erich Schmitt is one of the most famous cartoonists and comic artists of the GDR. In the first step, shaving cream is smeared on his face. Then the big razor blade is used, with which the elephant shaves his face. Finally, the elephant flushes his face off with water.