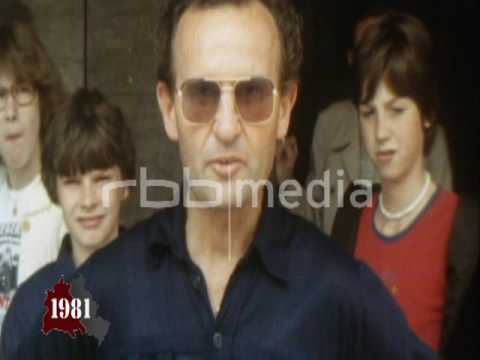 The early parliamentary elections held in West Berlin on 10 May 1981 herald a major turning point in the city’s post-war history. The SPD are forced out of government for the first time, Richard von Weizsäcker of the centre-right CDU becomes Mayor of West Berlin and appoints Heinrich Lummer (CDU) as Senator of the Interior, and the Greens win seats for the first time ever. The GDR is also going to the polls in a general election. Unsurprisingly, the SED led by General Secretary Honecker wins 99.86 percent of the vote.