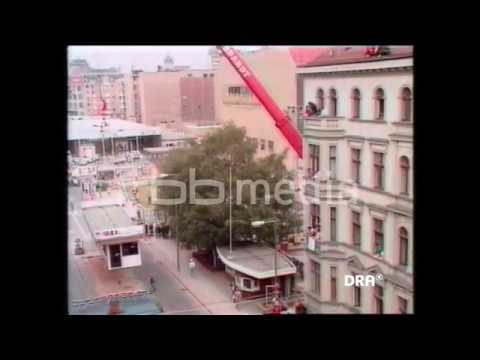 Checkpoint Charlie was one of the border checkpoints through the Berlin Wall between 1961 and 1990. It was the connection between the East Berlin district of Mitte in the Soviet sector and the West Berlin district of Kreuzberg in the US sector. Now the demolition of the Checkpoint Charlie of the Western Allies takes place in a solemn ceremony. The citizens of the Federal Republic of Germany, numerous politicians and celebrities get together to witness the event. The disused control house is now transformed into a museum object. From this point on, the Cold War only exists as a memory of the past.