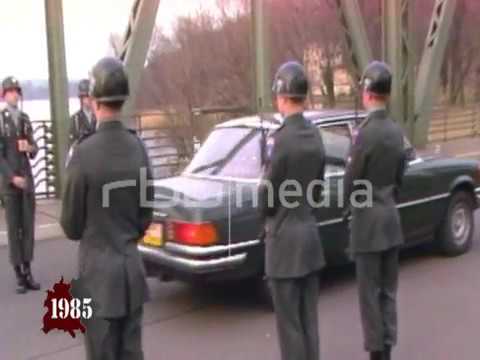 The US soldier Arthur Nicholson is shot dead by a Soviet border guard during a reconnaissance mission in the GDR. Nicholson strayed too close to a Soviet military site near Ludwigslust, and paid for his mistake with his life. His body is returned to the West on Glienicke Bridge, which connects Potsdam (GDR) with West Berlin. The bridge, which the GDR called the Bridge of Unity, was often used for exchanging spies during the Cold War.

Spy swap on the Glienicke Bridge, 1986