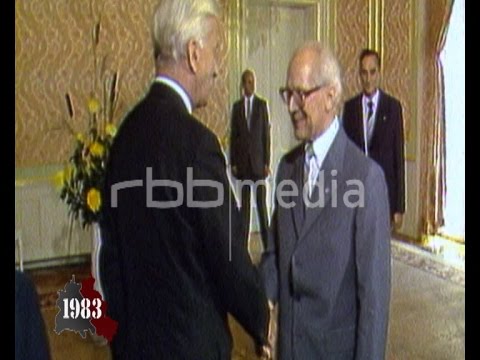 West Berlin is helping reconstruct the Nikolai Quarter, East Berlin’s decaying old town. Parts of the façade of the Ephraim palace, which have been in West Berlin ever since the war, are sent back across the border and later used to reconstruct the palace. It reopens in 1987. Another sign of East and West moving closer comes when Richard von Weizsäcker visits East Berlin. It is the first time a mayor of Berlin has visited the other side.