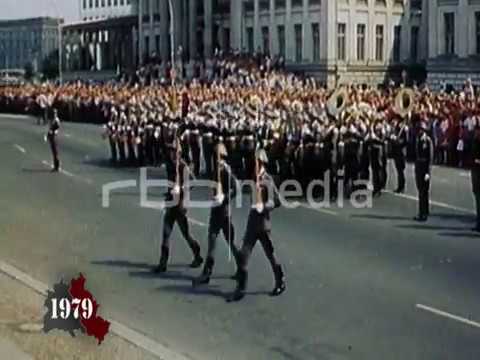 Under allied law, West Berliners don’t have to do military service. That makes the city attractive to any West Germans who want to escape conscription. In East Berlin, meanwhile, military service is still very much a part of life, despite the city’s demilitarised status. The only way to avoid it is to do non-military building work – but that still means you have to join the army. Anyone who refuses conscription outright has it hard.