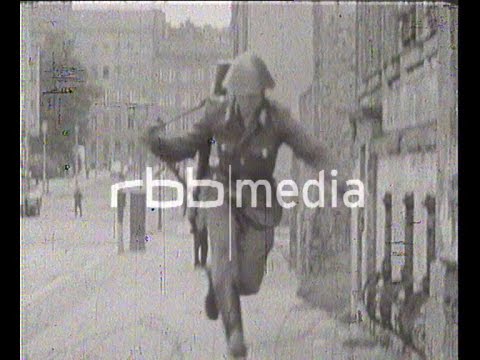 On 15 August 1961, 19-year-old, East German policeman Conrad Schumann flees across the barbed wire to West Berlin. He is the first one to flee after/during the construction of the Berlin Wall. His jump over the barbed wire is known as the “Jump to Freedom” and is one of the most famous images of the Cold War. Many follow his example.

In an interview, he says that the decision to flee was not easy for him. Out of nervousness, he smoked one cigarette after the next until he finally made up his mind and decided to flee after 30 minutes of thinking.  Nevertheless, he worried that something might happen to him in the West.