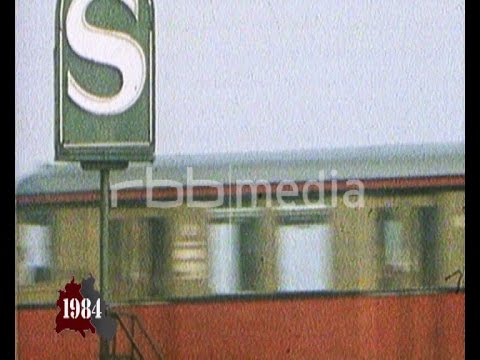 In January 1984, the senate commissions the BVG transport authority with running the S-Bahn in West Berlin. Because the network has fallen heavily into disrepair over the years, the service initially only covers 21 kilometres of the city.

East and West Berlin agree that Reichsbahn staff will continue to drive the trains between Lehrter station in the West and Friedrichstrasse in the East.