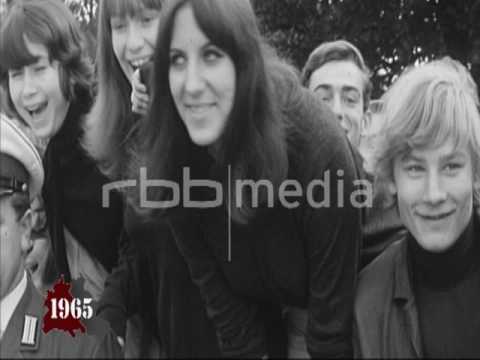 Beatlemania and the Rolling Stones 1965

Young people are crazy about the Beatles and not just because of their music – much to the bemusement of many older Berliners. The Rolling Stones give a legendary concert in the West Berlin venue, the Waldbühne. The fans leave a trail of destruction in their wake. East Berlin quickly uses the incident in its propaganda war against the West, classifying beat music as a decadent, Western influence and banning numerous bands.

Fashion show run by and for teenagers, 1968