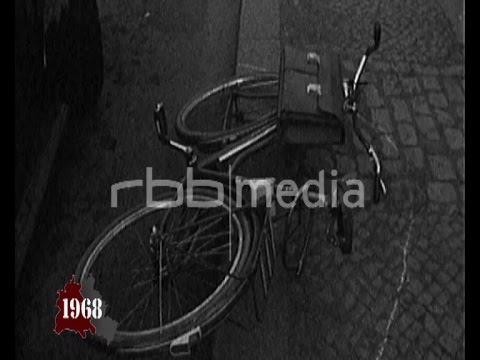 Nineteen sixty-eight is the year of student protests, above all against the war in Vietnam, the clampdown in Prague and the emergency laws. West Berlin’s Ku’damm has gone from shopping boulevard to protest hub, much to the outrage of many born-and-bred Berliners. One of the leaders of the extraparliamentary opposition, or APO, is Rudi Dutschke. He survives an assassination attempt on 11 April 1968, but is seriously injured. The protesters accuse the Springer press of being complicit in the attack.