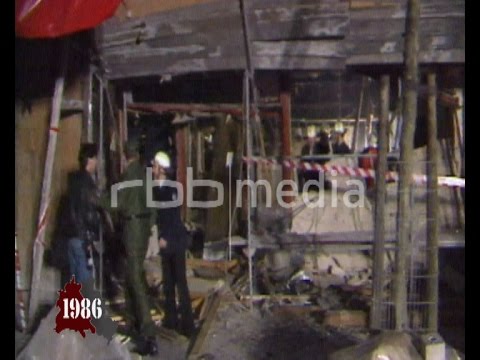 A bomb attack on the American nightclub La Belle in West Berlin leaves three people dead and over 200 injured. It is the worst attack Berlin has suffered in recent years. The US believe Libyan leader, Colonel Gaddafi, is behind the bombing, so on 15 April it retaliates with airstrikes on the capital, Tripoli.