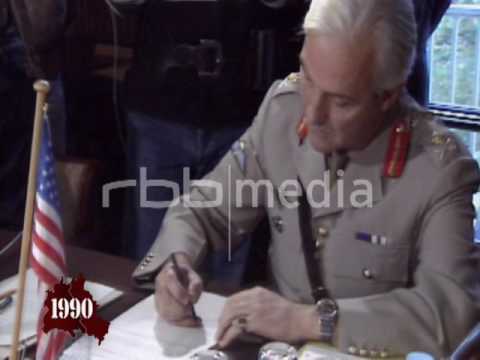 Allied control in Berlin has been governing relations between the occupying powers and West Germany since 1949. This control, along with Berlin’s special status, comes to an end in early October 1990, when the GDR becomes part of the Federal Republic of Germany.

The Two plus Four treaty is signed on 12 September 1990. It returns full sovereignty to Germany, giving the country sole control over its domestic and foreign affairs.