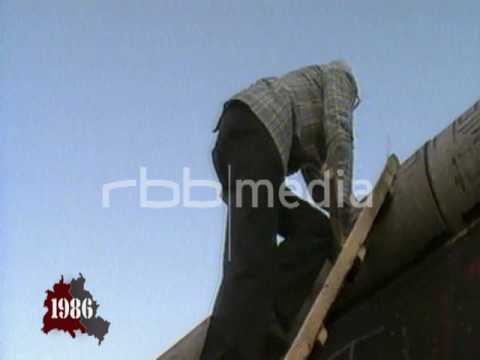 East Berlin celebrates the 25th anniversary of the closing of the border. On the Western side, 68-year-old Canadian John Runnings, whose campaigns earned him the nickname “Wall Walker”, climbs onto the Wall and takes a sledgehammer to it. GDR border guards eventually force him down and the authorities sentence him to 18 months in prison. He is released three months later and leaves Berlin.

Germans at the Berlin Wall are waving at each other 1961